Solar Alleviates Pandemic Pain for School Districts across the U.S.

National Ranking Finds California in 1st, New Jersey and Arizona in 2nd and 3rd Place for Solar at K-12 Schools

CHARLOTTESVILLE, VA and WASHINGTON, D.C. — As school districts struggle to adapt to a nationwide budget crisis brought on by the COVID-19 outbreak, many K-12 schools are shoring up budgets with a switch to solar power, often with minimal to no upfront capital costs. Since 2014, K-12 schools saw a 139 percent increase in the amount of solar installed, according to a new report from clean energy nonprofit Generation180, in partnership with The Solar Foundation and the Solar Energy Industries Association (SEIA).

The report finds that 7,332 schools nationwide utilize solar power, making up 5.5 percent of all K-12 public and private schools in the United States. Over the last 5 years, the number of schools with solar increased by 81 percent, and now 5.3 million students attend a school with solar. The top five states for solar on schools—California, New Jersey, Arizona, Massachusetts, and Indiana —helped drive this growth.

“Solar is absolutely attainable for all schools—regardless of how sunny or wealthy it is where you live. Too few schools realize that solar is something they can take advantage of to save money and benefit students today,” said Wendy Philleo, executive director of Generation180. “Schools that switch to solar can put energy cost savings toward return-to-school preparations, such as installing ventilation systems, or toward retaining teachers and preserving essential programs,” she added.

Energy costs are the second largest expense for U.S. schools after personnel. Report authors note that school districts can save significantly on energy costs over time. For example, Tucson Unified School District in Arizona expects to save $43 million over 20 years, and in Arkansas, the Batesville School District used energy savings to become the highest-paying school district in the county with teachers receiving up to $9,000 per year in raises.

The study finds that the vast majority of schools go solar with minimal to no upfront capital costs. According to the report, 79 percent of the solar installed on schools was financed by a third party—such as a solar developer—who funds, builds, owns, and maintains the system. This allows schools and districts, regardless of the size of their budget, to purchase solar energy and receive immediate energy cost savings. Power purchase agreements, or PPAs, are a popular third-party arrangement currently available in 28 states and the District of Columbia.

“Solar installations support local jobs and generate tax revenue, but they can also help schools put energy savings toward other upgrades and better support their teachers,” said Abigail Ross Hopper, president and CEO of SEIA. “As we think of ways we can rebuild better, helping schools make the switch to solar + storage can uplift our communities, drive our stalled economy, and insulate our schools from the effects of climate change. It’s rare to find a solution that can solve many challenges at once and we hope Congress will recognize that solar can also play a vital role in our communities,” she added.

In addition, schools with solar and battery storage can also serve as emergency shelters and provide backup power during grid outages, which not only prevents classroom disruptions but also serves as a vital resource for communities.

“At a time when the global pandemic and climate change bring emergency preparedness into sharp focus, schools with solar and storage can become centers of community resilience that provide vital support to their communities during natural disasters,” said Andrea Luecke, president and executive director at The Solar Foundation. “We hope this report will be an important resource to help school districts lead the way toward a clean energy future.”

As the premier Minneapolis-based commercial solar energy developer, we take a partnership approach to help our customers achieve their environmental initiatives while focusing on what we know best - improving your bottom line.

We are developers, engineers, electricians, finance wizards, and O&M gurus.

Our solar A-Team has installed over 450 commercial systems with over 100+ projects under construction across multiple sectors including commercial for-profit businesses, schools, local governments, and non-profits. By marrying our technical expertise with a combination of tax incentives, utility grants, and multiple financing options, we provide cashflow positive projects from Day 1.

The Solar Energy Industries Association® (SEIA) is leading the transformation to a clean energy economy, creating the framework for solar to achieve 20% of U.S. electricity generation by 2030. SEIA works with its 1,000 member companies and other strategic partners to fight for policies that create jobs in every community and shape fair market rules that promote competition and the growth of reliable, low-cost solar power. Founded in 1974, SEIA is a national trade association building a comprehensive vision for the Solar+ Decade through research, education and advocacy. Visit SEIA online at www.seia.org.

Solar in the Central Classroom 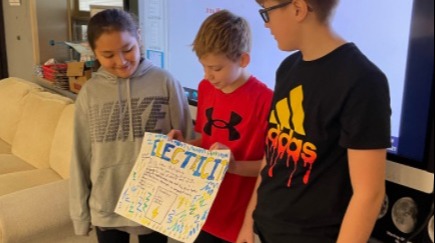 Solar in the Central Classroom

Solar for Schools: How Minnesota Schools Are Tapping Their Solar Potential