Quarter after quarter, the solar industry grows more and more, but never like this. The solar industry just experienced its largest quarter ever with more than 4,143 MW of PV installed, according to SEIA & GTM Research’s Q4 Solar Market Insight report, which provides third quarter data.

The booming utility-scale solar market accounted for roughly 70 percent of this growth, particularly in California, which became the first state to ever install more than 1 gigawatt of utility PV in a single quarter. 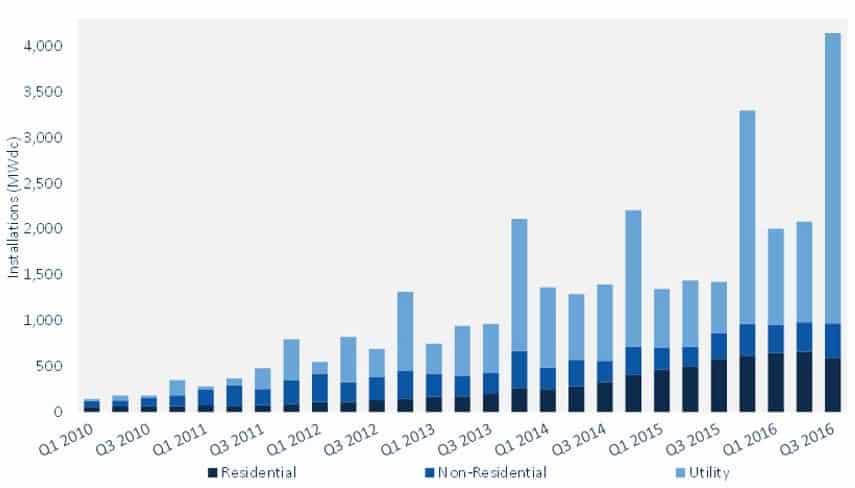 How did the industry grow so much in just a few months? A new solar project was installed every 84 seconds, culminating in a new megawatt every 32 minutes. That is about the same as 125 solar panels every minute. And with another record expected for the final quarter of 2016, we will hit 14.1 gigawatts of new capacity for the year, an 88 percent increase from 2015’s total.

Expansion and growth of burgeoning state markets helped drive this record-setting quarter. Utah is now a member of the “Gigawatt Club” with more than 1.2 GW installed, joining California, North Carolina, Arizona, Massachusetts, New Jersey and Nevada. North Carolina has been shooting up the state ranks, and has taken over the #2 spot for total capacity from Arizona.

Here is what else we saw from this record-breaking quarter: 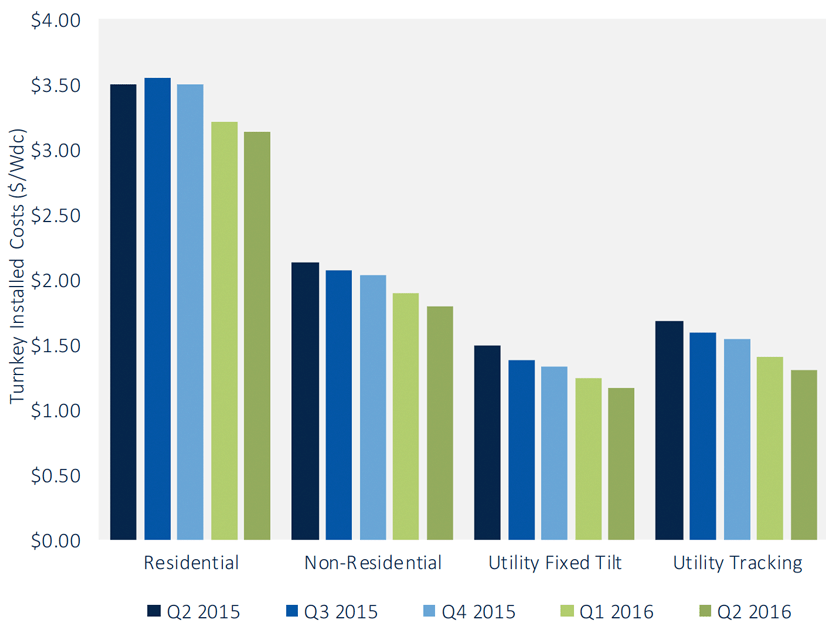 As the industry matures, we will continue seeing records broken and costs falling. This quarter’s growth sets a benchmark for the industry to strive toward and grow past on its projection to nearly quadruple by 2021. The state of solar continues to strengthen, and proof of that can be found at seia.org/smi.