SAINT PAUL — Minnesota generated more than 22 percent of its electricity from renewable energy sources in 2016, up from less than seven percent a decade earlier, according to a new report by the Minnesota Department of Commerce. The latest number puts the state well on pace to exceed its current Renewable Electricity Standard of 25 percent by 2025.

“While President Trump abandons the Paris climate agreement, Minnesota is proving that reducing carbon emissions is good for our health, our environment and our economy,” said Lt. Governor Tina Smith. “We are committed to making further progress. Next session, I urge the Legislature to raise Minnesota’s Renewable Energy Standard to 50 percent by 2030. A 50 percent standard would create an estimated 1,500 good jobs for Minnesotans every year.”

“Thanks to a broad-based statewide commitment, Minnesota is achieving strong progress toward a clean energy future,” said Commerce Commissioner Mike Rothman, whose agency includes the state energy office. “This progress is creating jobs, growing our economy and giving us cleaner water and healthier air. The new administration in Washington is looking backward, while communities and companies in Minnesota and worldwide are focused on moving forward to create a better energy future.”

According to 2016 year-end figures compiled by the Commerce Department and the U.S. Energy Information Administration (EIA), Minnesota generated nearly 4,500 megawatts (MW) of electric power from renewable sources in 2016.

In the past decade, power generated by renewables has more than tripled in Minnesota, while dependence on coal has declined significantly.

Wind energy alone generated 17.7 percent of the state’s electricity last year, compared to just 3.9 percent in 2006. Meanwhile, electricity from coal dropped from 62 percent to 39 percent during the same period.

While solar energy’s contribution still remains relatively small, it continues to grow rapidly and may provide more than one percent of the state’s total electricity generation by the end of 2017. Minnesota’s solar capacity is expected to exceed 800 MW this year, compared to 245 MW in 2016 and just 37 MW in 2015.

In 2013, Minnesota established the Solar Energy Standard that calls for the state’s investor-owned electric utilities to generate or obtain 1.5 percent of their electric power from solar by 2020. Xcel Energy, the state’s largest utility, is projected to meet this goal by year end.

More information on Minnesota’s renewable energy growth, including details about wind and solar projects under development in 2017, can be found in the Minnesota Renewable Energy Year in Review 2016 report. It is available at the Energy Data & Reports section of the Commerce Department website. 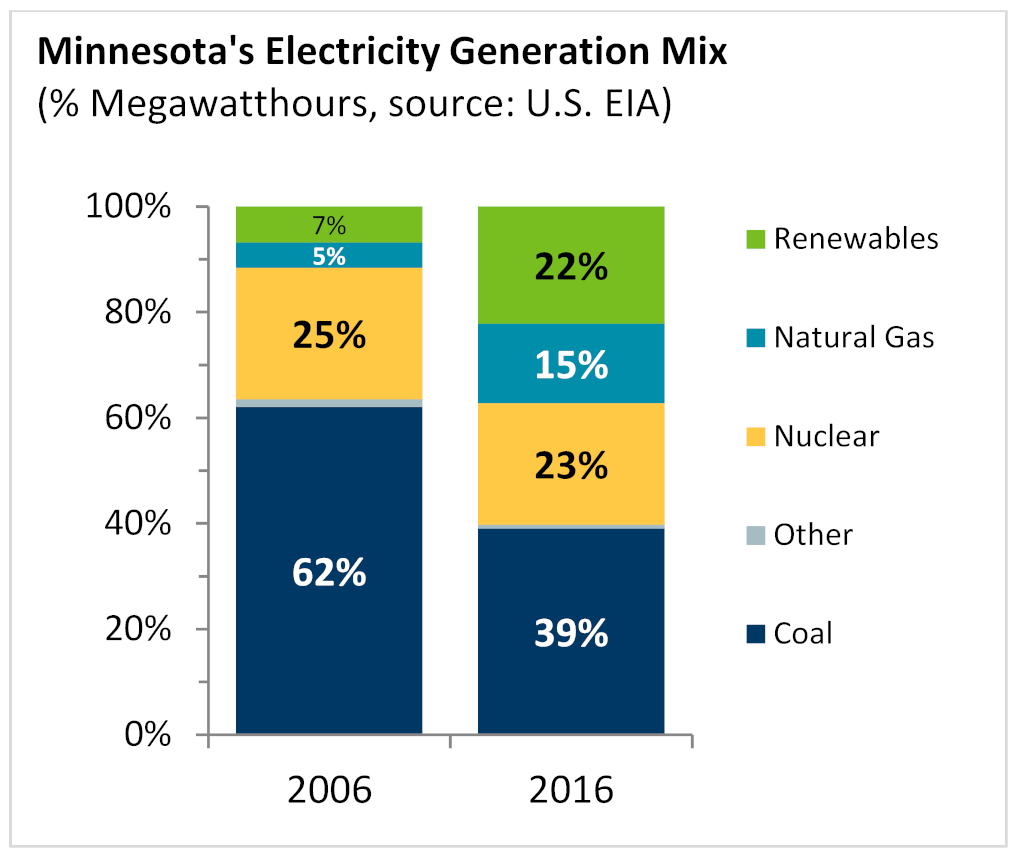 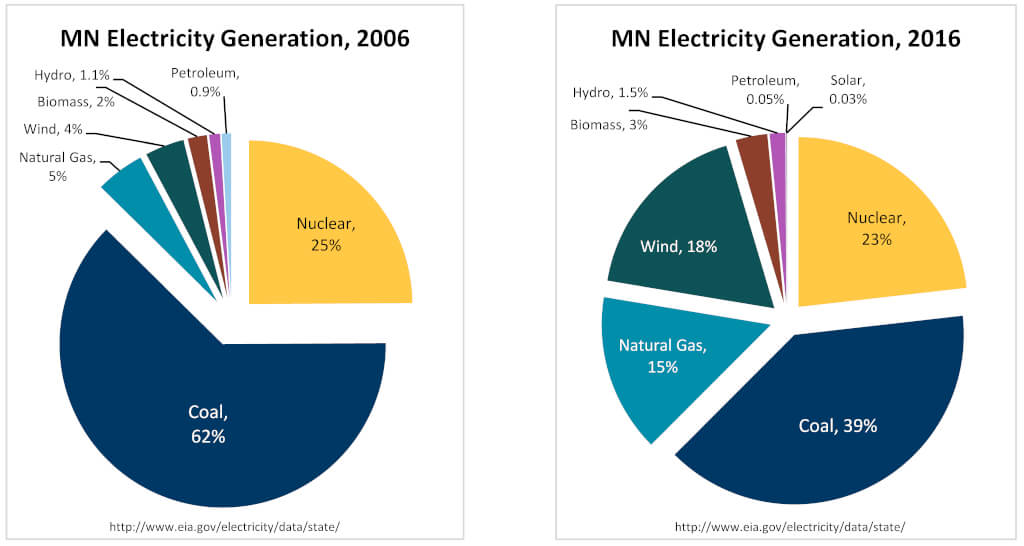